The 2014 GMC Sierra has been in Alberta for a few months now, and you’re starting to see them out on the road. Every single time you pass one, its like driving and seeing a moose; you’re not going to stop at the side of the road, get out and look at it. But you’re definitely going to stare in awe as you drive by. 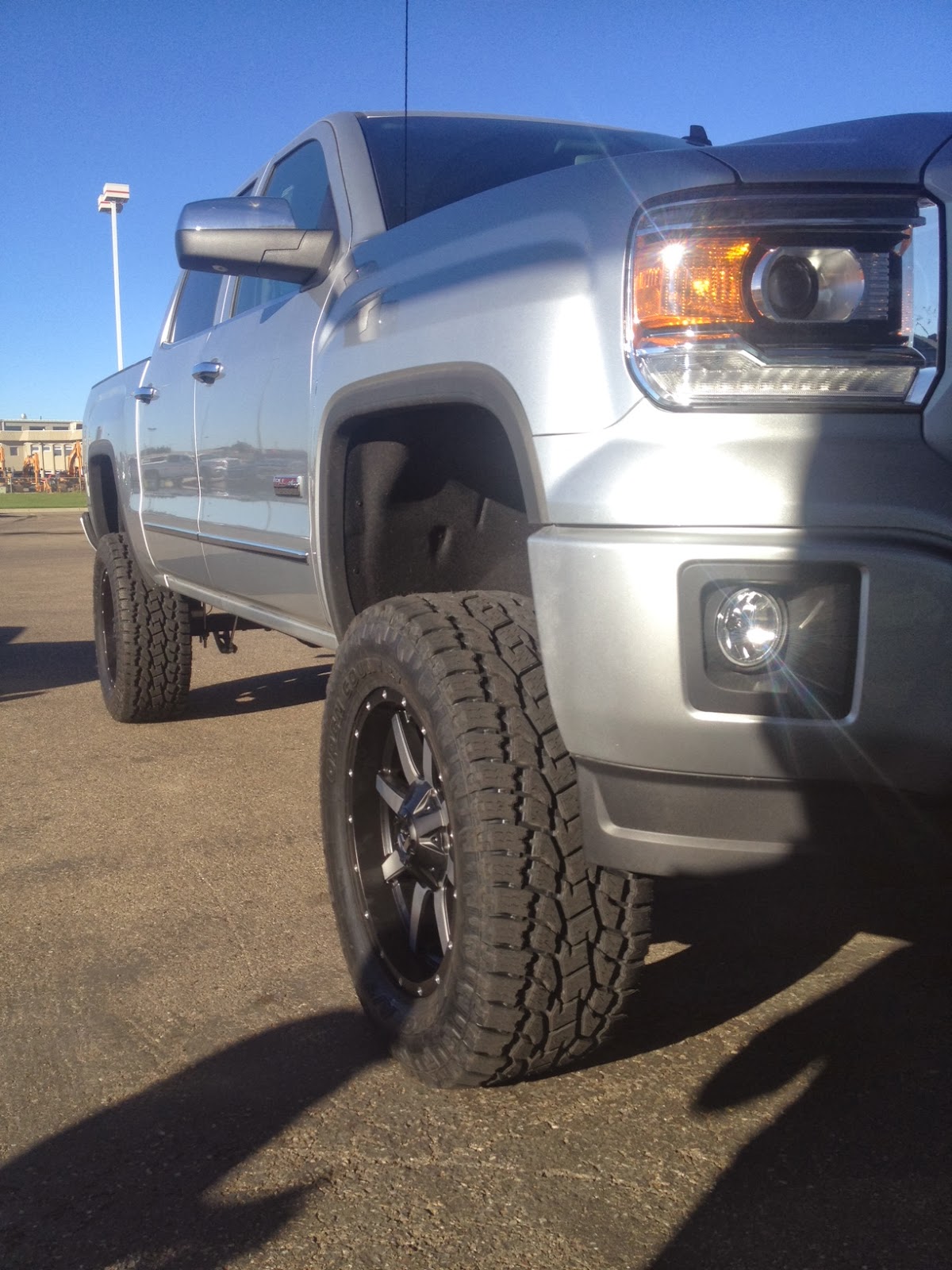 Finally after a few months of waiting, and Winter soon to be on the horizon, we decided that we wanted to bring this truck from classy-aggressive, to classy and simply mean. Davis Customs‘ created a  lifted 2014 GMC Sierra that is going to tweak necks. This custom truck has a 7″ lift, Fuel Maverick Black milled Wheels, Toyo Open Country ATII Tires. Finally we smoked the taillights giving the truck a new attitude.

Come test drive this truck and find out what is like to drive a lifted 2014 Grizzly Bear.

Without a doubt the new Sierra body style is nothing but class, and with new curves and lines added, the Sierra looks like it took a crash course in looking aggressive. And the fuel economy? You’ll be giddy when you’re checking your fuel gauge when you’re driving your new Sierra from Lethbridge , to Calgary and back again with lots of fuel to spare.