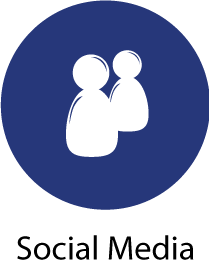 Many dealerships make the mistake by presenting their fans with something to buy. It probably works for most, however we are more concerned with building relationships and engaging with people on a more personal level.

Many people do not trust car dealers which is really too bad. It is a stigma that has been created over the years that we Davis GMC Buick strive to break.  Our goal is to break that stigma by engaging with customers via social media websites the way they were meant to used!

We use different social media site in various ways – Hopefully you will find one that best suites you!

We take a lot of pride in our Facebook page. Instead putting cars up for sale with price, photos and miles. We enjoy asking fun questions and engaging in conversation.  When you first go to our Facebook page you will be welcomed with a graphic encouraging you to like us. After that is when the fun begins.

On Twitter we enjoy chatting and engaging in fun conversations with those around us. We highly recommend following those who we follow. Through Twitter we have met a great group of local businesses, residence and personalities. I like to consider the local #Lethbridge Twitter users as a part of our team. We all look out for each other posting 140 character status updates such as: local deals and specials, weather warning, traffic warnings. Through Twitter we are so lucky to be able to communicate with the community around us where we wouldn’t get that chance otherwise.

Here we post Davis news, events, specials and sales.  Its a good place to go to if you’re curious what we’re up to! Due to Facebook contest rules and regulations, we announce our contest on Facebook but put the rules and know hows there. Check it out. Anything Davis news is posted there first before going to the masses.

Check out our Davis GMC Buick YouTube Channel! Are YouTube Channel contains informative GMC and Buick videos directly from our manufactures.  Due to the fact we do walk around videos for our website, we also post vehicles here for sale.  We recently decided that we want to get in on the viral side of YouTube so we recently created two Buick Regal videos. We made ’em informative and funny. You should check them out; there is a lot more where that came from coming soon.

We like to consider ourselves on the leading edge of  social media. When something big comes out, we want to be the first on it! And we think Google+ is just that. BIG. Google+ is a little different than Facebook. We would like to utilize Google+ much like a blog. News, Photos, events… Whatever we think is interesting to the people of Alberta. its going to be a really good time and you should join us so you can say you were apart of something that really took off!!!

Tumblr is a mini blog website that we created for you so that you do not need to completely read each article we wrote.  Our Davis GMC Buick Tumblr blog allows us to grab the attention of readers by adding a short version made up of the important parts of the article! Time is money, so if the first couple sentences don’t appeal to you – Well that article might not be for you! It’s all about convenience and that is what we want to offer to you!

Find us any of these social media sites and I promise you will not be disappointed.